By Bethany-Angel Chijindu, Staff Writer Growing up and living in three African countries — Zambia, Nigeria, and Kenya — has given me the unique opportunity to have lived through the different regimes and government types, and I have been a witness to the steps African countries in general, and Kenya specifically, have taken in the […]

Inspirations from Under the Needle: Tattoos and Why People Get Them

By Mackenzie Pedersen, Staff Writer Do YOU have a tattoo? If so, why is it significant to you? Does it mark a milestone in your life or represent a significant spiritual belief? Would you agree that your tattoo helps to tell the story about who you are as an individual? Respected tattoo anthropologist, Lars Krutak, […]

Why Your Coursepacks Cost a Ton

By Chris Barton, Editor-in-Chief Amidst the excitement of coming back to school and the joy of seeing all of our friends again, the first week of school also included a swift punch in the wallet: when we realized that, on top of tuition, fees, books, room and board, the cases we use for class would […] 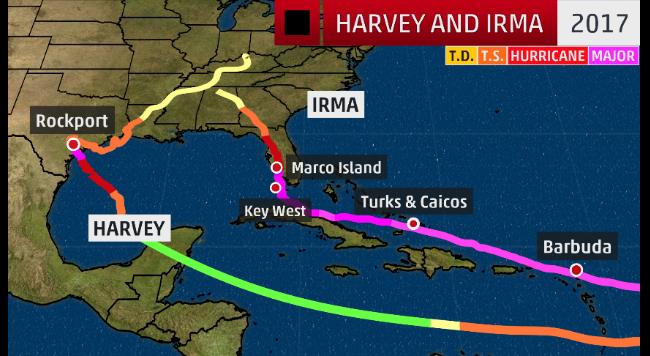 By Amanda Cardini, Staff Writer As America began recouping from the devastation of Hurricane Harvey, a Category 4 hurricane whose collision course shredded towns across Texas, Hurricane Irma commenced its journey towards the United States promising to be almost as destructive. Hurricane Harvey has already caused as much as $180 million in damages, according to […]

By Daisy Jasmine, Staff Writer A young woman stands on the deck of a pirate ship, peering over the railing at the choppy waters below. A single dolphin cuts through the surface, cheerfully keeping pace in the ship’s wake. The woman pulls her jacket closer, shielding herself from the whipping wind. As she gazes overboard, […]