Welcome to Das Tor, the student newspaper at Thunderbird School of Global Management. This is a publication produced by students for students. We welcome your input.

DAS TOR HISTORY
Thunderbird student Bob Morabito founded Das Tor in 1969 as “an open forum for debate.” The student publication continued in print until fall 2011, when the format changed to digital. The new online publication continues the Das Tor mission to serve as a clearinghouse of ideas that may further prepare students for the international community.

WHY IS IT CALLED DAS TOR?
Das Tor means “the gate” in German. Founding editor Bob Morabito wrote this mission statement in 1969: “Wherever we travel, whenever we pass from one country to another we must go through a gate. However, Das Tor means more than simply the traversing of borders; it stands as a symbol and artery of communication through the barriers of superstition, ignorance, dogma, racism, and prejudice; traditional enemies which continue to be a detriment to progress and global peace. Idealistic though it may sound, it has now become the responsibility of our generation, the future leaders of the international community, to make every effort to widen these gates and succeed where previous generations have failed. Das Tor must, therefore, be an open forum for debate, a clearinghouse of ideas that may further prepare us for the international community and further augment the reputation of this youthful institution.” 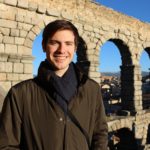 A native of Tucson, Arizona, Tanner just couldn’t bear to leave the beautiful Southwest for graduate school. He enjoys travel and has lived in Chile and Spain, and speaks Spanish fluently. Tanner spent two years as a middle school teacher before coming to Thunderbird, and likes to spend his free time playing the piano, attempting new recipes and reading political blogs. 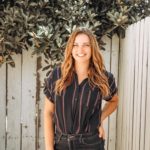 Darcy Nelson is from Iowa, receiving a degree in Economics and minors in Business & Spanish from the University of Iowa. She has been enjoying the desert life for three years. Darcy is an advocate of the UN Sustainable Development Goals and had worked in a supportive role for the podcast Global GoalsCast. 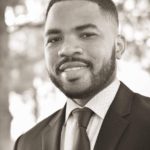 Billy has been working as a translator for the last 5 years. He is also an aspiring writer who enjoys crafting poetry, and lately, he has been writing short stories as well. 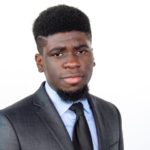 DAS TOR Masthead in the Past

Since the change to digital format, Das Tor staff members have included: