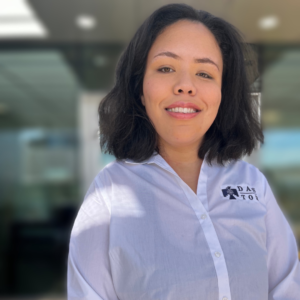 December 2015, I was fresh out of undergrad with a newly printed bachelor’s degree in English and only a vague idea of what I wanted to do with myself post-graduation. Back then, going back to school wasn’t an option. I wanted to get some experience under my belt first before jumping back in to get my master’s. I thought I might like teaching English because I enjoyed tutoring ESL (English as a Second Language) learners at my local volunteer school, so I started looking for jobs in education. I worked for a few months as a substitute teacher and an ESL tutor before I decided that I wanted to go further than that. It was then that I received an email from my former professor in the spring of 2016. She suggested that I apply to Peace Corps.

It made sense at the time because the program I was in during my undergraduate years at Virginia Commonwealth University was one of the very first “Peace Corps Certified” university programs called VCU Globe. Globe was made up of a community of students that lived and took classes with international students. We shared dorms with students from all over the world and took classes on cross-cultural communication. We also had exchange programs in Japan, Mexico, and Italy, along with regular training that aligned with the values of the Peace Corps. Peace Corps seemed like a natural next step.

I jumped onto the website shortly after my conversation with my professor and searched up openings in Peace Corps countries. I had always been interested in Asia, so I started there. It was there that I found the elusive PC China program. PC China had a reputation that I was made aware of later. It was notoriously difficult to get into out of all the programs, and it was highly controversial inside and outside of volunteer circles. At the time, I did not know this. All I saw was that China was looking for ESL teachers, and I added it to my list of preferred countries for selection next to Thailand, Indonesia, and the Philippines. To my surprise, I got an interview for China ten days later.

Fast forward to June of 2017, I had submitted all my paperwork and was ready to go. The entire process from application to acceptance to flying out to my host country took almost 10 months. I was at the hotel in San Francisco for pre-departure training (AKA staging). My roommate at the hotel was a sweet girl named Helen who had a story similar to mine. We both came from ethnic Chinese backgrounds and had a genuine interest in seeing and living in China, although her Chinese was much more fluent than mine.

At staging, we learned that we would be flying into Chengdu, the capital of Sichuan, a province on the western side of China, just southeast of Tibet. The HQ for Peace Corps China was located on the main campus for Sichuan University. After an over 12-hour nonstop flight, we landed in the cloudy grey city and were greeted by various panda statues right at the gate.

“Well, if we didn’t know we were in China before, we do now.” I commented, patting the butt of a panda doing a handstand.

We piled on to the bus and headed into the city. After about 45 mins, we stopped in front of a hotel near the east gate of the Sichuan University campus. Standing in front of the hotel were several staff members and a tall thin, balding guy with glasses…and a University of Arizona Wildcats jacket. I was amused because it had been over 6 years since I left Tucson, and it was funny to think that Arizona found me all the way in China. I commented on the jacket as I walked inside the hotel.

He told me later that he always wears the jacket when new volunteers arrive to see how many volunteers are fellow Arizonans. Turns out, he was the big boss of Peace Corps China. In fact, he was the director of the entire program. He introduced himself as Steve and assured me that we’d get a chance to talk more later. It was a small thing (and probably causes internal cringing from ASU students), but it was nice to see something familiar so far away from home. Plus, who am I to badmouth my boss’ school when my jetlagged-addled brain was still adjusting?

The next weekday morning, we got up early with a full slate of things to accomplish. Cross-cultural training, health and safety, TEFL practices, language tutoring, etc. etc. The day was packed until 6 p.m., and that’s how it was every day for 3 weeks. We did have breaks in between where we got to see thousand-year-old Buddhist monasteries, do some shopping at Tianfu square, and go to the Chengdu panda research base. But overall, the training was grueling. After all, we weren’t here for a vacation; we were here for work. And work we did.

Eventually, after a few weeks of training, we were split into different groups according to our language proficiency. I was a proud member of the beginner class because I had only just started learning Mandarin only a few months before leaving for China. Our groups were then further divided according to training location, which was when we learned we would be getting host families.

On the day that we were going to split into our respective training sites, we also were assigned our host families. I walked into the cold room lit by fluorescent light panels, sat in one of the velvet chairs lined up in rows of eight, and waited until my name was called to walk up. I received a small slip of paper that contained information about my host family. As I sat back down, I opened the folded piece of paper and read the small paragraph that was printed on the inside:

“Young couple with 1 year old son. Wife is a police officer, and husband is a SWAT officer. Paternal parents live at home with son.”

Oh, wow. That’s not what I was expecting.

Newborn baby panda
Female panda cub who got stuck in a tree
Succulents planted to spell out "ni hao" or "hello" in Chinese at the Golden Gate Bridge in San Francisco
Mom and baby panda
Me and my regional manager with the PC flag
Sleepy male panda who didn't get up for breakfast
Wenshu monastery Qilin statue (basically the Chinese version of a unicorn. Sometimes it has two horns but often only one.)
Wenshu monastery shrine
Wide shot of the shrine
PrevPreviousThe King’s Contrivance
NextA Week Out WestNext