Connecting the Thoughts on Innovation, Marketing, and Startups at TechConnectiON 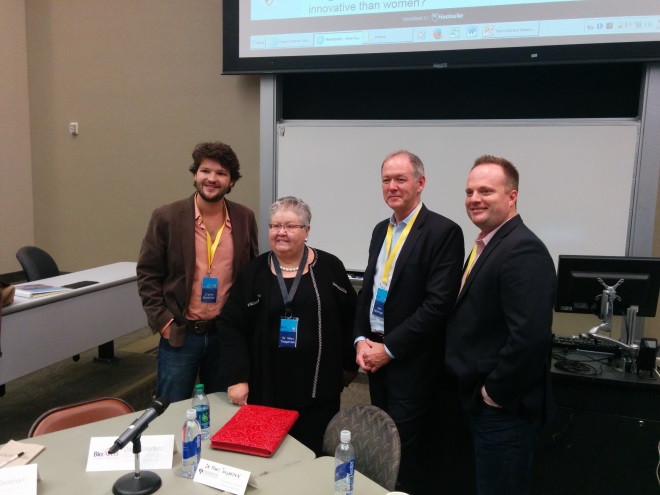 By, David J Roman The TechConnectiON events this past Friday (November 7th) brought great insights into the reality of being an innovator in today’s global marketplace: Successful innovation depends on metrics of success and measure of will Entrepreneurship is not as glamorous as many believe and requires a rare personality Applied technology is the biggest […]

The Future of Social Entrepreneurship

Thunder Proposal on campus-Not everyday does one Pop the Question

At dusk on Friday evening, what is considered the most romantic time of the day, a Thunderbird Alum decided to pop the question to his girlfriend he had met right here on campus three years ago. The story of the Thunder couple’s Thunder Proposal: The Boy: Rahul Pruthi- MBA class of 2009, now is PM. […]

By: Chandra L. Jacobs,  Global MBA’12 On 20 Jan 2012, the last day of the Entrepreneurship Winterim, Thunderbird alum, serial entrepreneur,  and mega-donor Scott Walker spoke to us at his Napa vineyard, Anderson’s Conn Valley Vineyards. He  told his life story, especially focusing on the ups and downs of his journey as an entrepreneur. Now,  years later, […]

10,000 Women and Project Artemis graduates from Afghanistan and Pakistan come together