Working Towards a Better Future 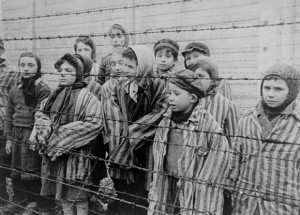 By Martin Terrazas Between April 7-14, 2013, Americans officially remember what is accepted as the Holocaust. This year’s theme, Never Again: Heed the Warning Signs, will be discussed in community centers, corporations, military bases, religious institutions, schools, and small businesses nationwide. Two famous business cases written about leadership during World War II are IBM and Germany 1922-1941 and Degussa […]