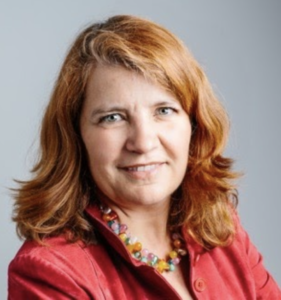 Over the years, I have gathered some information on Santa Claus and came up with this intriguing conclusion: Deep down inside, Santa is really a T-Bird!!

Here is why:
– Despite all the rumours, nobody knows where he really comes from
– He makes himself at home wherever he travels (and he travels a lot)
– He probably forgets to cash in his frequent flyer miles
– He has lots of elfs & dwarfs doing the real work for him
– Considering the amount of Hot Port glasses emptied by the fireplace, he definitely likes liquor…

This is a message I sent a few years ago to the local alumni chapter. It’s clearly outdated, since it mentions travelling, which is something we don’t do much anymore.

Maybe I sent the message to commemorate that in my childhood, Christmas was the highlight of the winter season. In Germany, the Christmas season starts with the first Advent – four Sundays before Christmas. On Sundays, we would light a candle in the Advent wreath; every week, we would light one more than last week until all four candles were lit on the Sunday before Christmas. There’d be festive markets with traditional woodworking products, glass figures, gingerbread, and Glühwein (German mulled wine) lasting all of December. And then we celebrated Christmas on the evening of the 24th, Christmas Eve.

When I moved to the Netherlands, things were very different – unbelievable when you think that Germany and the Netherlands are neighboring countries. Sinterklaas (the local version of St. Nikolaus) is celebrated on December 5 with piles of presents that are flanked with personalized poems for the receiver. Since 1860, the Sinterklaas day has developed into a bigger event than Christmas. This is also because he seems to set foot somewhere in the country around mid-November. There are events and little presents for three weeks leading up to the day itself. It’s an amazing, well-orchestrated event that makes any child and adult believe that Sinterklaas is real. Christmas only starts when Sinterklaas has left the country on December 6. That’s the day when trees and sleighs enter the stage. The Dutch pride themselves to keep things simple and plain, so their decorations are cute and friendly but modest. You might remember that they have a Calvinist tradition; fancy is not done! Christmas markets have only appeared to please tourists, so they don’t help me get into the spirit.

Friends from the U.S. appreciate that the presents are delivered by reindeer and a sleigh on Christmas morning, but they miss the overflow of decorations and the get-togethers leading up to the day that typically start with Thanksgiving.

And then there’s the Irish side of my family. No surprise that most of their traditions resemble the ones in the U.S. Yet, there’s one twist: the elves play a bigger role; they are an integral part of the Irish folk tales. It’s only fair to leave food crumbs and leftovers out for them. It is similar to the Nordic tradition of Tomte, a friendly gnome who looks after the animals and the house. He is considered part of the family, so he also receives a share of dinner during the dark season.

Most of our Christmas traditions are a blend of traditional stories, venerable habits, and Christian influences that have been twisted even more, since they’re highly commercialized.

Who remembers that Santa Claus is really a derivative of St. Nikolaus, a generous man in Turkey, re-interpreted by Coca Cola as red & white figure coming from the North Pole in late December?

Would you agree that the lights and decorations in December probably come from the Santa Lucia traditions in Scandinavia?

Has anybody ever considered that Advent calendars might come from Chanukah: a little present every day in early December?

It seems that Christmas is not just a Christian event, definitely not the way that we celebrate it every year. Many of us enjoy a short holiday to spend time with our families, and that is what matters.

No matter how you spend these days and what you see in the traditions around you, I wish you a peaceful, enjoyable, and caring time with your families and your dearest friends.