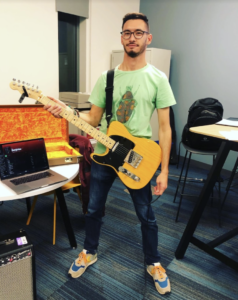 I spent my childhood in many countries, constantly changing friends and discovering new environments. As such, I needed to balance my mental state as I was growing up. Music was my refuge. I now listen to every genre. My bubble during my teenage years became a passion when I first handled an acoustic guitar. I have advanced natural musical listening skills, and the fact that I am left handed added to this. This gave me an array of creativeness when it comes to improvising and composing music. I used to practice 4 hours in weekly guitar lessons after high school with a private professor. Very soon, he became my mentor (and still is to this day), and being a professional bass player, he taught me the sheer importance of learning the basics of music, its skeleton, not just learning one’s favorite song. I also formed a music band with my high school friends in Bucharest, jammed in private studios, and played for our friends’ birthday parties.

By combining talent and hard work through constant practice, I propelled myself into who I have come to know myself as today: an enthusiastic, energetic solo and harmonics guitar player. Fast forward a few years of solo practicing thanks to my loop pedal and perfecting my skills, I revived Thunderbird’s Global Sounds music club band following the virtual academic year during the pandemic. Our first live regional night was an incredible success! I didn’t know I had it in me this whole time! 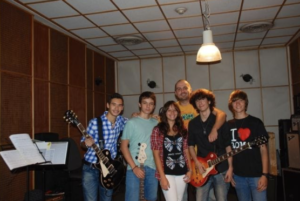 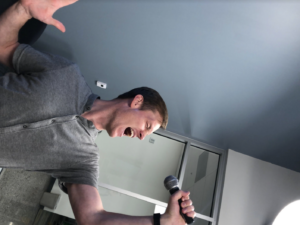 Before I was old enough to go to kindergarten, my mom used to accompany the choirs at our middle school. When she couldn’t get a sitter, I would go with her, playing under the piano during rehearsal, and I loved it. Eventually, my parents decided I could probably make better music on the bench instead of under the piano, and I started lessons in first grade – I was ecstatic! Besides weekly congregational singing at church, I didn’t join a choir until middle school. But I was pretty much immediately hooked. Since then, musical groups have been a part of my normal routine and social life: classical, jazz, pop, opera – you name it. And now, I’m glad to be sharing a stage with the rest of the Global Sounds crew as a T-bird. 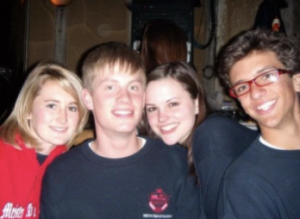 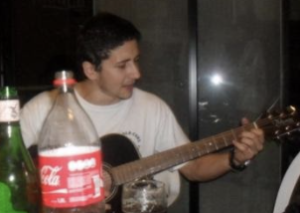 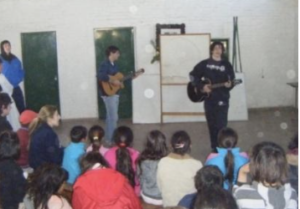 Music was introduced in my life as a tool to lead a church group. Music was a source of communication with the young teenagers I was leading and coming together with. Through simple chords, I was able to create diverse environments to reflect and celebrate.  In addition, the guitar was the best instrument to build the greatest memories with friends, whether on the beach or at a colleague’s house. Singing traditional songs was our favorite pastime. 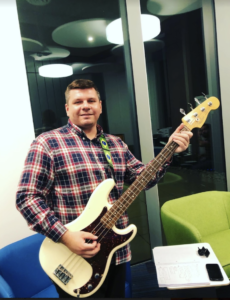 I wasn’t always passionate about music. I started learning the piano at the age of 5 and cello at the age of 7. I did not enjoy them. My parents would force me to practice for hours each week, and every minute of it was agonizing. It wasn’t until I got my first guitar at the age of 13 that I became officially obsessed with music. I no longer needed to be pressured into practicing. I would play for hours-on-end, voluntarily.

A year later, I joined my first band. Our name was Beyond Darwin. We played mostly grunge music, and I was the lead guitarist and vocalist. We only had one official show together, at a backyard birthday party in Mesa, but it was the best feeling of my life. I discovered that I loved performing. 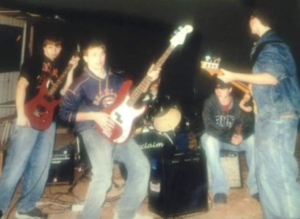 In 2021, I picked up a new instrument, the bass, and joined Global Sounds. I’m excited to keep on improving my bass and performance skills. See you at our next show! 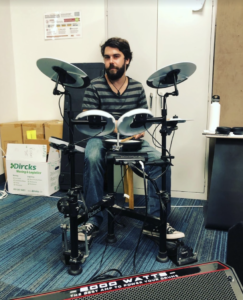 I started playing music in the 5th grade. I had 8 years of trumpet and one year of baritone experience before trying to impress people with the guitar like a typical undergrad (Kurt Cobain style). In 2012, I struggled with depression but decided to buy an electronic drum set, since everyone yells at you when you try to play an acoustic set. Music not only helped me through my bout, but I packed my set when I moved to Malaysia. During my time away from the U.S., I practiced almost every day. It was only in 2018 that I was comfortable enough to play in Global Sounds. Since joining Thunderbird, I have drummed through 3 iterations of the band, and yes, the stereotype of the animalistic drummer is true. 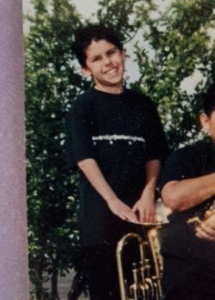 Baritone player in the 8th grade