Lunch is on me: How Fasting and Giving can Combat Food Insecurity 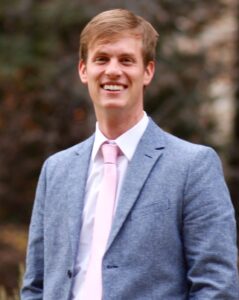 Elementary-school me would often come home with art supplies on my hands: pen, markers, glue, glitter. Most of these were by choice, except for one: ink from a stamp that read “LAST LUNCH” across the back of my hand. This was our cafeteria’s way of telling a kid’s family, “Your child’s lunch fund is (really) close to running out; please send a check or cash with them tomorrow so they can eat.” An easy way to save on paper and postage!

Luckily, even with the “LAST LUNCH” stamps, this never resulted in me going hungry; my parents always refilled the lunch fund or simply sent me with a homemade sack lunch.

I realize now this luxury isn’t something every child has.

The US Department of Agriculture (USDA) defines food insecure households as “households …uncertain of having, or unable to acquire, enough food to meet the needs of all their members because [of] insufficient money or other resources for food.” In 2020 alone, more than 10% of homes in the U.S. could be considered food insecure in some way. And as the USDA graphic shows, this experience unfortunately disproportionately affects some homes and communities more than others.

Food insecure homes may have food but “[use] a variety of coping strategies, such as eating less varied diets, participating in Federal food assistance programs, or getting food from community food pantries.” In the worst of cases, “normal eating patterns of one or more household members were disrupted and food intake was reduced at times” because of these struggles. 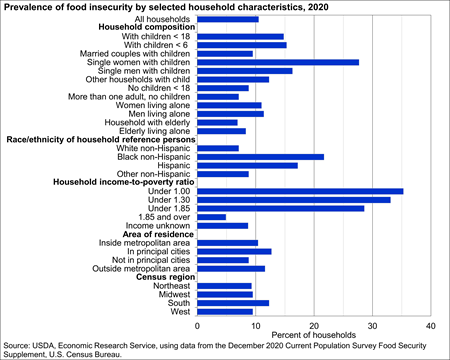 But what about outside the U.S.? Being a T-bird means the conversation doesn’t stop after considering just one country.

The first two numbers you’ll see on the World Food Programme’s dynamic HungerMap are 0.88 billion, and 16. Those figures are, respectably, the worldwide number of people “with insufficient food consumption” and the number of current countries “with very high levels of hunger” (https://hungermap.wfp.org/).

Poverty is the primary reason behind food scarcity. But as we’ve seen over the past two years, this can be magnified and exacerbated through military conflict, political turmoil, and hardships caused by seasonal and environmental factors, such as fires, frosts, flooding, and droughts. In other words, food scarcity is and will continue to be an ongoing issue both locally and globally.

Besides living on a strained college and grad student budget, I haven’t experienced true food insecurity. However, despite the days when I’ve been too lazy to cook and feed myself (those days still happen), there have been other times in my life when I did go hungry.

But more often than not, it was from a conscious choice to fast.

With Lent in the Christian community, Ramadan among Muslims, and even the growing practice of intermittent fasting outside of any religious context, chances are either you or people around you have been fasting at some point this season.

Though practiced differently by each individual, Lent encourages the giving up of something for a period of time, traditionally leading up to Easter, and promotes self-improvement, introspection, and gratitude. Similarly, Ramadan, a 30-day period where Muslims are encouraged to fast during the daylight hours, is a time to focus more on one’s spirituality and giving to others in need.  The beginning of Thunderbird’s week-long 75th anniversary celebrations coincided with the start of Ramadan, and I loved seeing the traditional dates and syrupy pastries available for regional nights as people broke their fasts at sundown.

When asked about their experience fasting, here are what some current Thunderbirds had to say:

I grew up fasting, and my faith community emphasized its benefits at both the individual and communal levels. On the first Sunday of every month, everyone who could was invited to fast and then contribute to fast offerings, or charitable donations, to equal or even exceed what would have been spent on the meals that were skipped. A similar practice is also found in Islam, called zakat, especially highlighted throughout Ramadan.

As a pre-fintech teenager, I helped physically collect fast offerings from families in our congregation. I would dutifully drive to homes, ranging from mansions to apartments, present them with an envelope that they could choose to fill with their donation, and then return these funds to the church. There, other ecclesiastical leaders would gather and count the funds. These funds would not be depleted each month, but rather were continuously accumulated and used as needed to provide food to individuals in need in the area and to their families. I’ve seen this process repeated from Honolulu to Rome to Amman.

Maybe blame it on my sustainability training the last 2 years, or on my current enrollment in Professor Esposito’s “Circular Economy” B session class… But to me the combined practice of fasting and giving to others is an example of circular economy at work. Fasting and giving are 180-degrees away from consumer and hustle culture, but they could be one of many ways we can contribute to Thunderbird’s vision of “[creating] equitable and sustainable prosperity worldwide.” Giving without fasting also can be a great help on its own. Let’s not stop there though; I would also argue that occasional fasting has helped personally send home the lived message that we are all just a couple of meals away from feeling the effects of food insecurity. With empathy as a base, we can better solve worldwide issues, like hunger, because we realize that it does affect us all.

In some areas of the world, accessing food and water is easy; in others, it’s a daily struggle. Ongoing conflicts in areas like Yemen and Ukraine show that literal and figurative roadblocks in supply chains can quickly lead to lack of food access simply because of barriers. By helping to redistribute wealth (which, I would say, includes basic access to food and water), we can help overcome these barriers and mitigate growing disparities.

Whether it’s donating to humanitarian or religious organizations, or food-based charities, consider the impact you could have by occasionally going without and instead gifting a meal or more to someone else, either in your community or abroad. Odds are, you don’t have to look far: just keep your eyes open for a kid with a hand stamped “LAST LUNCH.” 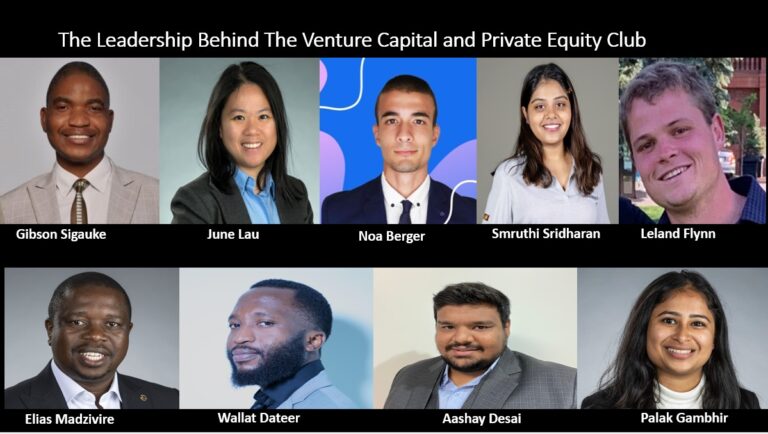