The 212 Years of Celebration of Mexico’s Independence Day 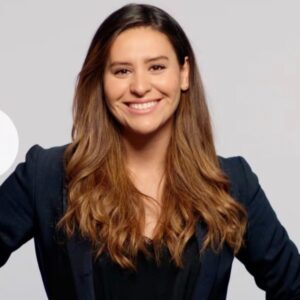 Last September 16th represents Mexico’s 212 Independence anniversary. Independence Day is an occasion for patriotic pride and joy. The celebration begins on the night of September 15 with El Grito de Independencia, the call that Miguel Hidalgo, our founding father, made to the people to launch the independentist movement in New Spain. Mexicans recreate that historical moment every year that night with our famous claiming ¡Viva México! We congregate in public plazas and with family to feast with Mexican meals, Tequila, and Mariachi. It sounds like a nice party, doesn’t it?

Mexican national pride has its own features. Particularly, the country embraces and highlights its two dominant cultural roots, the Spanish and the Indigenous. In historical records and the collective imaginary, the Mexican people are born out of the Hernán Cortés and La Malinche relationship; the mestizo (half Spaniard, half indigenous) became the ethnicity myth that guided the national ideology in the 20th century. However, Mexico has received people from almost all over the world at different moments, such as Africans, Asians, Europeans, and other Latin Americans. Mexico is a diverse and globalized society.

Moreover, Mexicans find pride in their exquisite cuisine. Yes, we are foodies. Anyone who has visited the country can attest to it. Our food is recognized as an Intangible Cultural Heritage of Humanity. The variety is wide; the more famous in the world? Tacos, enchiladas, quesadillas, burritos, carne asada, guacamole and salsas. Mexican chefs use immense ingredients ranging from vegetables, fruits, seeds, seafood, beef, chicken, and pork. If you are a vegan or a meat lover, Mexico is your place. Interestingly, according to experts, you don’t have to travel to Mexico City or Guadalajara to enjoy the best of our plates; Los Angeles offers truly Mexican food of the best quality as well.

I have been living in Phoenix for one year, and I can tell that some restaurants offer pretty good Mexican food. I recommend Toca Madera, Casa Corazón, and Tacos Calafia, but for sure, there should be more!

Mexico is also proud of the economic progress achieved so far. The country is the 15th largest economy in the world and is a trading nation, with about 60% of its GDP destined for exports.

As you can see, Mexico is a big-league player in the world economy. The country is a WTO member and has 53 international trade arrangements with more than 50 countries, making it a formidable platform for trade. In particular, the United States-Mexico-Canada Agreement (USMCA) and the American Economy are relevant. My country is the destination of 15% of all U.S. exports, while the U.S. receives 80% of Mexican exports. North America, compounded by the U.S., Canada, and Mexico, is the most potent economic powerhouse globally.

There are plenty of reasons for Mexicans to be proud of what we are as a country. Independence day is a time for having a fiesta and remembering how nice it is to be Mexican. The country faces several challenges, but the future of Mexico shows innovation, growth, and friendship with our amigos in the world.